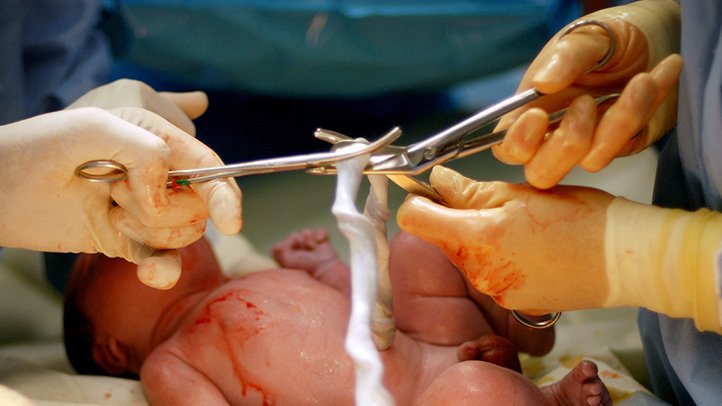 What is Delayed Cord Clamping?

Our bodies are marvelous systems, especially when it comes to the miracle of bringing new life into the world. One example of how incredible our bodies and birth are, is when a baby is born, they only have a partial amount of their blood supply which could potentially make birth an easier process. The entire time they were growing and developing in utero, they depended on mom for all their resources. After birth, “an infant is still attached to the mother via the umbilical cord, which is part of the placenta. The infant is usually separated from the placenta by clamping the umbilical cord” (World). After baby is born, the placenta pumps almost one third of a baby’s total blood supply into its body. Oftentimes, a baby’s cord is clamped and cut in the first 10 seconds after birth, preventing the full blood supply from entering baby. By delaying clamping the cord by at least one minute, parents can give their babies an immense brain and cardiovascular boost by allowing all of this blood to return to their newborn. This is why a practice called ‘Delayed Cord Clamping’ is an important, maybe even a critical option to consider for any birth.

Why Consider Delayed Cord Clamping for Your Birth Preferences? 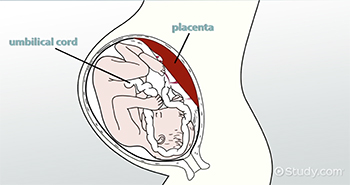 A baby’s blood after birth is enormously important, for both preterm and full term infants. In order to assure they receive a valuable supply of iron and potential stem cells after the journey of birth, new mothers can choose to wait at least one minute to clamp and cut the umbilical cord.

The World Health Organization recommends delayed cord clamping of “not less than one minute” but mothers may opt to choose to cut the cord after it has stopped pulsating” (World). Waiting until at least a minute to clamp and cut the unbiblical cord has shown to “improve iron status in the infant for up to six months after birth (World). It is critical that babies have the iron and stem cells found in placental blood in order to increase their iron storage and develop healthy brains.

Not only does delayed cord clamping have immediate positive effects for newborns, there are several long-term brain, cardiovascular, and developmental benefits. For example, “children whose cords were cut more than three minutes after birth had slightly higher social skills and fine motor skills than those whose cords were cut within 10 seconds” (Haelle). Furthermore, the blood that babies receive via delayed cord clamping increases their blood volume by up to a 30%, which directly benefits their blood pressure, breathing, and circulatory system.

Premature Babies Need Delayed Cord Clamping Most of All. 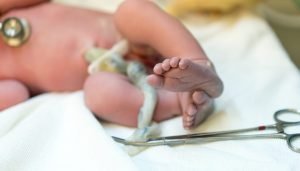 These benefits are particularly significant for preterm infants. Delayed cord clamping is associated with “fewer transfusions for anemia or low blood pressure and less intraventricular hemorrhage than early clamping” for premature infants (Rabe). Preemies whose parents have delayed cord clamping also “tend to have better blood pressure in the days immediately after birth, need fewer drugs to support blood pressure, need fewer blood transfusions, have less bleeding into the brain and have a lower risk of necrotizing enterocolitis, a life-threatening bowel injury” (Haelle).

Premature male infants were especially positively affected by delayed cord clamping practices by showing high iron counts and less cardiovascular distress than babies who had their cord cut in the first 10 seconds after birth (Mercer). Regardless of when an infant is born or their gender, they show positive feedback from delayed cord clamping.

If parents are looking to give their newborn a healthy beginning and future, delayed cord clamping is an option I would advise them to consider. The positive affects of a baby getting their full blood supply after the journey of being born shows from the moment of birth into their childhood and beyond. These results are important for babies born in areas where foods rich in iron may be hard to come by. Also, it doesn’t matter whether the baby is full term, preterm, male, or female, they have a chance to be positively affected by choosing to delay clamping their umbilical cord.

November 17th Prenatal Coffee Date!
How I Support Women’s Rights as a Doula