My experience as a member of an LGBTQ family

This article about the OKC LGBTQ Family support group was written for MetroFamily Magazine by Jenni Jenkins and was originally posted on the the Oklahoma City Metro Family Magazine website in April 2021. You can find the original on the MFM website Here

When I was growing up, my family seemed like any other ‘normal’ family to me compared to my friends’ families at school. I had parents and siblings just like my friends, and my parents being divorced wasn’t odd at all. Plenty of my friends knew what it was like to visit with one parent on the weekends and split holiday events. Yet, my family was special in a way that not many of my friends could relate to because my family was an LGBTQ family.
I didn’t realize anything was different about my family or parents when I was younger because my parents were very intentional about raising me amongst an absolute rainbow variety of individuals. It was second nature to my siblings and me to be welcoming, polite and open-minded of our friends and their different family compositions, whether they were BIPOC, LGBTQ, disabled, had a different socioeconomic status or any intersection of these characteristics.

As I grew older and was gradually introduced to more mature concepts, I came to realize some people felt my family was not only ‘odd’ but actually disagreed with its existence as a whole. As a kid, this was such an incredibly strange concept to be confronted with, and at times, it felt lonely to be considered so different.

I saw my family as beautiful and full of love. My parents did all the typical parent things just like every other ‘normal’ parent. They went to parent-teacher conferences, helped us with homework, planned special birthday parties for us, drove us to our friends’ houses, made special recipes and more.

Our family laughed together, cried together and overcame hardships together. I thought to myself, how could we be any different from any other family if there was so much love in ours? Isn’t love what makes a family?

My family has all of the same beautiful and complicated parts as any other family, we just happen to look a little different. 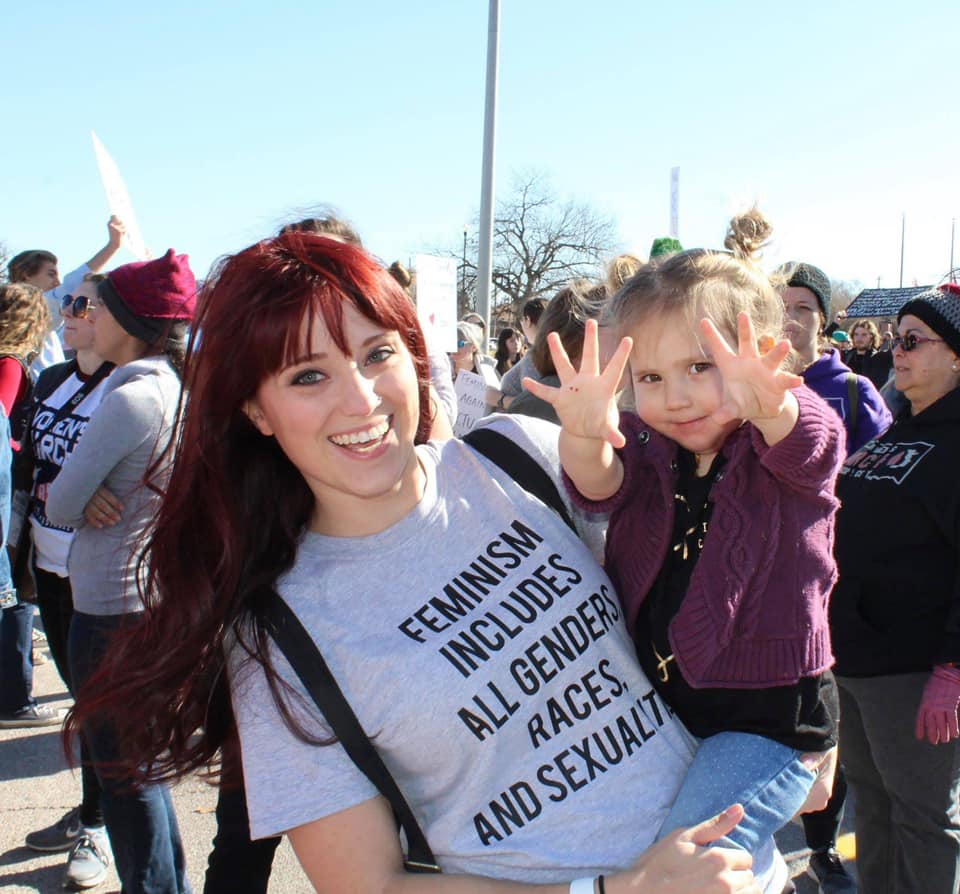 Shortly after my realization that not everyone in my community, or the world for that matter, saw my family as I did, my parents began taking my siblings and me to a local LGBTQ family support group. We met other families similar in composition to ours. Seeing families similar to mine made me feel included, and I went from feeling like my siblings and I were alone to being welcomed into a group of positive, affirming individuals who really understood what it felt like to be considered different.

I made friends who also had two of the same gender parents and transgender parents. I built friendships with other kids who were LGBTQ. We had park playdates, went on camping trips together and hosted pool parties where group members felt comfortable and safe from discrimination. The support and representation gained from this group were incredibly impactful on my life. The group affirmed that even though my family was different from what society around me felt was normal at the time, our family was a beautiful variation of normal.

A Call to Action

When I moved to Oklahoma and began working as a birth and postpartum doula, I had a few doula families who expressed how difficult it had been for them to find affirming care during their conception, pregnancy and parenting journeys. As a member of the LGTBQ+ community myself, I had personally become aware of how much progress could be made in community support for LGBTQ families in Oklahoma City.

Raising my own children in a world where they can feel safe and accepted regardless of their sexual orientation, gender identity, race, religion, socioeconomic status or disabilities is essential. Working toward building community connections that support ALL members of our community so that others can feel represented and understood is a life passion of mine.

A particular conversation with a doula family reminded me of how impactful and beneficial joining an LGBTQ+ family support group had been for me as a youth. This conversation along with witnessing the struggles of other families inspired me to help create positive change for our community members and establish a new group for OKC families that I named Kaleidoscope OKC. Through Kaleidoscope, I am working to create a positive space where my own family, as well as others, can feel the same understanding and connection I felt when I was younger.

Just like the magical pieces that revolve around inside a kaleidoscope, every family is made up of beautiful, colorful pieces. Although every time you turn a kaleidoscope the image you will see will have different patterns, each one will have those same beautiful, same colors.

Families are all made up of the same pieces, but each and every one looks different. Regardless of those differences, every family dynamic is worthy of respect, and working to make that possible in our community is the goal of Kaleidoscope OKC.

The Kaleidoscope Family Support Group is registered with the Family Equality Council and serves and provides support for the Oklahoma City community of LGBTQ+ families.

As a group, Kaleidoscope envisions a future where all Oklahoma families, regardless of creation or composition, can live in a community that recognizes, respects, protects and values them. We wholeheartedly believe that support and representation matter. This LGBTQ family support group also passionately hopes to help create a world where LGBTQ+ persons have the right and opportunities to form and sustain families no matter their sexual orientation, gender identity, race, religion, national origin, socioeconomic status, disability or the intersection of those characteristics.

As the group’s creator and facilitator, I aim to help uplift and empower community services and support within Oklahoma that are free of discrimination. I also hope to maximize opportunities for LGBTQ+ adults seeking family formation through adoption, foster care, assisted reproductive technology and other means.

How does Kaleidoscope Offer Support?

At Kaleidoscope meetings, Oklahoma City LGBTQ+ parents are able to meet one another, let their little ones play and discuss topics relevant to the group at that monthly meeting. Also, parents of LGBTQ+ children are able to meet adults who are LGBTQ+ and ask constructive questions about how to support their own kiddos.

For instance, I have heard the question, “What is something you wish your parents had done to support you as an LGBTQ+ youth?” It is common for cis-gendered & heterosexual identifying parents to not be familiar with what an LGBTQ+ person’s adulthood and future family can look like.

Parents of LGBTQ+ identifying children and teens seeing adults living out fulfilling lives with their own families have expressed a feeling of relief after attending a family support group. They just had not had the opportunity to see this type of family model because the representation of LGBTQ+ families is so minimal in our society.

Furthermore, the adults’ discussion about what their everyday life is like has opened the eyes of allies and parents of LGBTQ+ children who were listening respectively in a really meaningful way. I cannot tell you how much of a privilege it is to be able to help foster an accepting and safe place where connections and growth like this can occur. The organic community support that is able to grow and thrive in groups like this is powerful.

Who can attend a support group meeting?

Prior to COVID, the Kaleidoscope family support group met monthly for playdates at the park and also indoors at the Thrive Mama Collective in Plaza District OKC. Currently, Kaleidoscope is not holding in-person meetings to keep community members safe. Check out our Facebook page for information on virtual meetings and community events until it is safe for our families to begin meeting again