Our trip to the Oklahoma City Pride Parade

This morning, the dragon family hurried to get ready and out the door earlier than usual! I had a lot of plans in store for the morning, the first of which was the Paseo Arts District Farmers Market Summer Solstice Celebration! Thankfully, Paseo was close to our biggest event of the morning, The Oklahoma City Pride Parade. 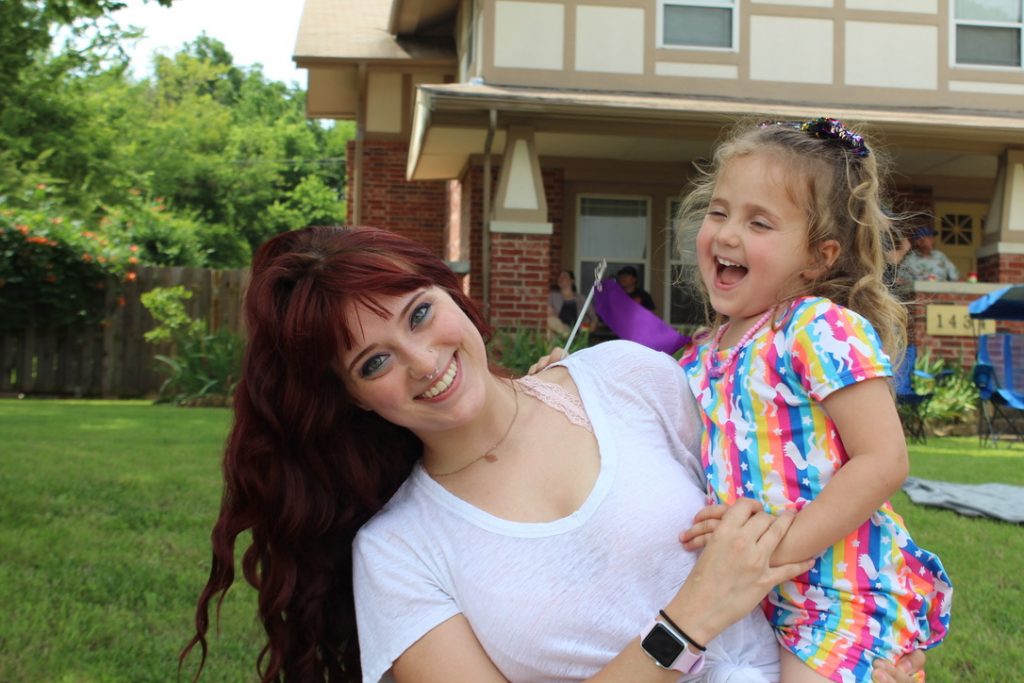 Because we were already in the area to go to the Farmers Market event, we were early for the parade and grabbed some awesome seats! We were able to sit right under a big shady tree next to a water mister that the house behind us had built for the participants of the parade. 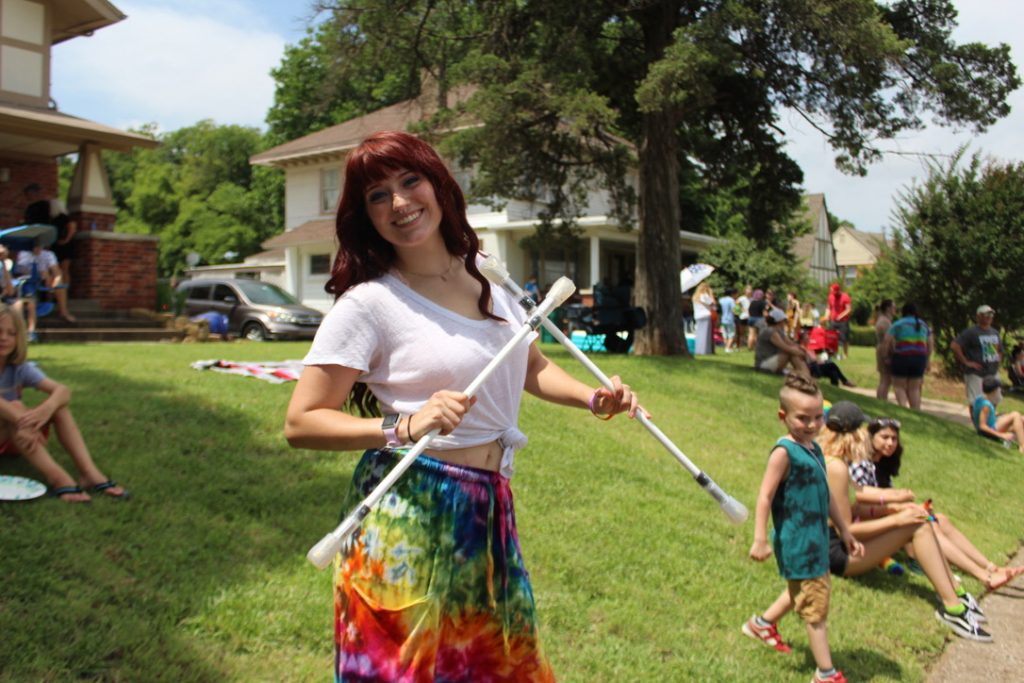 I was really looking forward to getting to flow with our Ninja Pyrate double staffs while we waited for the parade. Even though it was so bright out you could hardly see the beautiful rainbow LEDs on the double staffs, I had a lot of fun practicing some new tricks I learned recently.

The family in the house we were sitting in front of was so kind, they shared some of their rainbow fruit kabobs with the little dragons. Also, one of our previous circus students and their family was attending the parade in the same house so we had a chance to catch up!! How perfect, right?

Even though we had to wait a while for the parade to begin, the little dragons didn’t seem to mind at all. They are so naturally wonderful at making friends and entertaining themselves at events. There were lots of sweet puppies attending the pride parade!

Once the parade started, the kids had a BLAST running to catch candy and stash it in the dragon wagon, often making detours through the water mister to stay cool. It was pretty hot out, I am so thankful we were close to the water mister and shade.

Seeing how family friendly the Oklahoma City Pride Parade was wonderful! I grew up attending Pride in Columbus, Ohio. When we first started going when I was 8, there were some rough spots including protestors that my family had to be mindful about when navigating the parade and festival area. As I grew up and brought my own kids, the event was exceptionally family inclusive. Progress and acceptance of others really does feel incredible.

There were so many sweet families in the OKC parade!! The kids on floats and walking along the parade loved cheering and passing out candy to other kiddos on the street watching the parade.

The little dragons were THRILLED to spot Star Wars characters in the Oklahoma City Pride parade! Maybe as thrilled as we were!

Some of the people we were sitting near at the parade had been coming to Oklahoma City’s Pride Parade since it began. They told me stories about how just a few years ago, the parade was only a few cars. you can imagine their happiness attending this year’s parade which was over an hour long!

I am so thrilled we were able to attend Oklahoma City’s Pride Parade. It is incredibly important to me to raise my dragons within an open-minded and inclusive community. Seeing how Oklahoma City is progressing is hugely comforting. While there is still a lot of work to be done, members of our community are really coming together to be the change and do the work.
Y’all Means All after all!